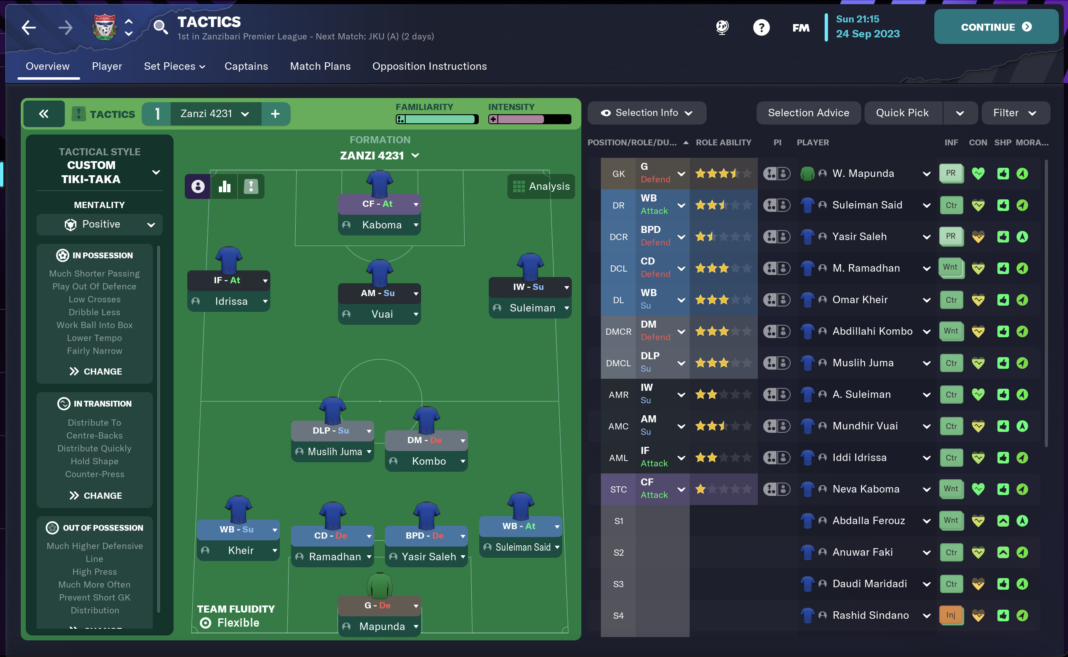 So, in the intro post it became clear that I was taken by the idea of managing a semi-pro side that were second-bottom in a random African country. I am sure I had heard of Zanzibar from some kind of Disney movie but I wasn’t exactly up to speed on the state of football in the country.

We were safe from finishing bottom, I felt – we had a nine-point buffer and me taking over. I immediately set the target of finishing top of the bottom group, which basically meant catching up seven points and finishing 9th.

The deal was that I could only use an out-of-the-box tactical solution and not make any changes to it other than flicking between attacking, defensive, positive and all that. After all, they are there for a reason – no?

It took a few games to find one that meant we looked like we knew how to play football – I made the mistake of trying to be solid and build from there, a bit defensive, hit teams on the break. I think we got two points from the first four games and it was not pretty.

I went for it and flipped us to a 4-2-3-1 tiki-taka with two defensive midfielders – and we won four out of the last five matches, including a 6-1 battering of the bottom club and a 2-0 win away against the team that won the league, KMKM.

Scouting wise, well was is challenging – the board don’t want us to employ scouts.

Going into the close season, I needed a plan to find out who would be a good fit for us.

I have to admit, the close season squad building was worrying me – I started early trying to renew players and none of them were up for it, including a very strong group of U20s who I was planning to build the team around. They were all on €30 a week which was a lot for the squad and they refused to talk – so I put them up for release.

Then I moved on to the other players, and none of them wanted to know either – but as they were on smaller wages (we’re talking anything from €6 to €15 per week), I left it. And that was a good choice as everyone I wanted to renew then negotiated non-contract terms on less than they were on contract for previously. Yep, I jumped in too soon releasing the U20 group for sure. Well, you live and learn.

Seven new faces were recruited and three of them went straight into the first team squad, the rest into the reserves – but with players being non-contract, they could get poached at any point meaning I will end up moving these players up as the season progresses I would expect.

Training has also been planned in a little more detail now – preseason was managed so we could get three sessions in a week and then two friendlies per week in the non-training days. Sessions were endurance in the first block and then either team bonding or community outreach in the second block for the first two weekly sessions, then overall and match tactics in the Saturday session.

Heading into the season, it’s overall all the way through apart from a team bonding session in the last Saturday slot. It’s semi-pro football, keeping it simple and it’s all about trying to win matches than develop players into saleable assets. 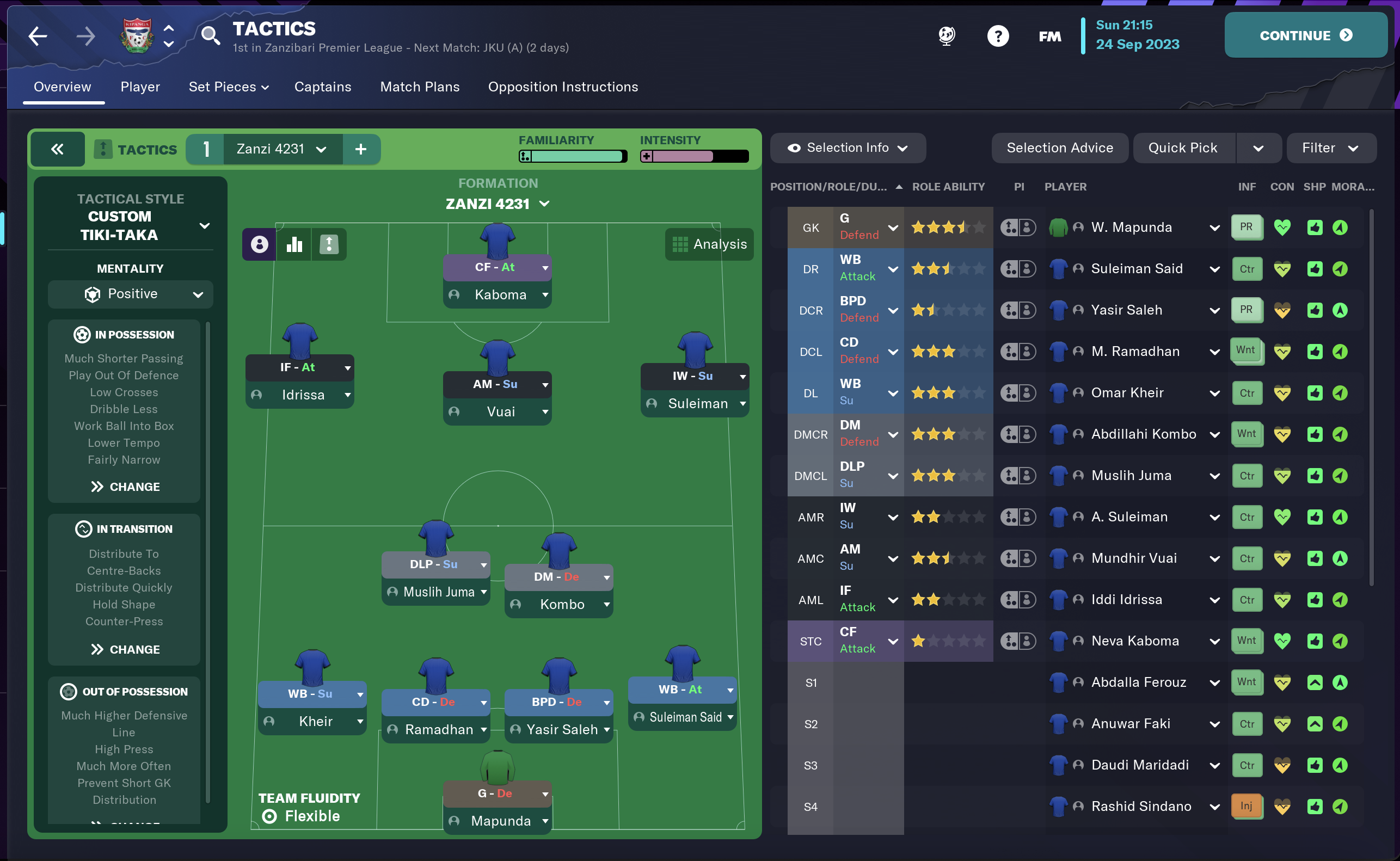 That’s the out-of-the-box 4-2-3-1 Tiki-Taka. I’ve added some set-pieces but nothing else has been changed.

And, in season two, so far so good – remember, we’re asked just not to finish bottom by the board and the media reckon we will be 7th.

We have €16K in the bank, mainly due to the bonus for finishing 9th last season – the league winners get €200K which is a lot when you consider what you are spending on wages here and wages even in their minimalist form are the biggest outgoing a month.

Not that my board are interested in investing – I asked to go on a coaching course and got a flat no.

The plan this season is silverware – league or one of the two cups. I’d then love a little continental run and see what happens and then I’d look to move on.

So far so good though!